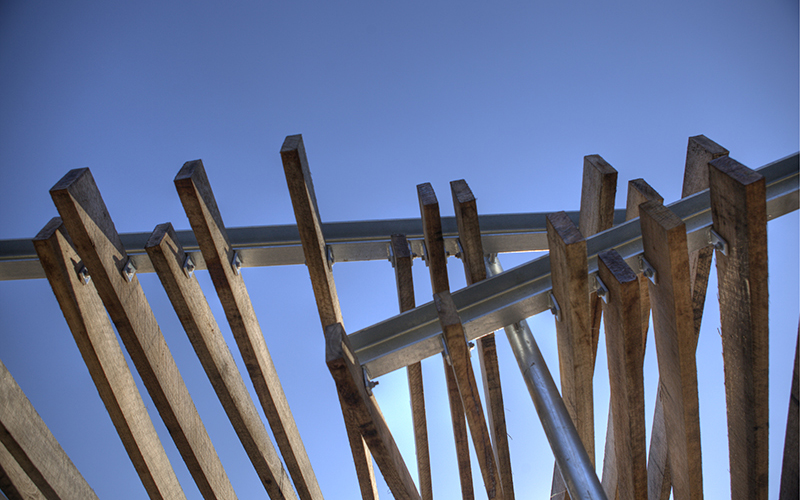 
Graduating with a Bachelor of Landscape Architecture from Canberra University in 1983, Michael was instrumental in the establishment of the first Design Landscapes office located in Sydney Australia in 1988.

With more than thirty years’ experience in design, construction, project management and business administration, Michael relocated to Hong Kong in 2002 to establish the company’s first international office and has since worked on the establishment of entities in mainland China and Macau.

Michael’s hands-on role has encompassed many of the company’s major projects including the Sydney Olympics development in Australia and the Disneyland Resort and Theme Park project in Hong Kong. Michael served on the board of the NSW Landscape Contractors Association for eight years, two of which were as president.

Repatriating to Australia in 2007, Michael continues to be responsible for managing the Design Landscapes group of companies’ operations and international expansion strategy along with promotion of the ongoing innovation and improvements in the quality of constructed works. He has recently been appointed to the AILA’s Local Accreditation Advisory Panel for the University of New South Wales.


Monique serves as Human Resource Manager for the Design Landscapes group of companies. With a 20 year diverse and international background in Senior Human Resources Management, Monique’s most recent roles include Head of Human Resources for YWCA NSW, HR Director for Mastersoft Solutions and HR Director (Asia Pacific) for Tectura Corporation. Monique is skilled at building successful teams that drive business objectives and believes that HR practices built around local and company culture allows talent and individual contributions to thrive in the work environment. She has consulted to various Boards of private businesses on People and Culture development.

Monique holds a Diploma in Human Resource Management and a Diploma in Project Management and leverages her vast skills and knowledge to help Design Landscapes integrate a Best Place to Work bespoke toolbox into our company. Monique’s influence on Design Landscapes’ culture has further increased learning and development across all levels of the business as well as recognition for performance remuneration scaling.

A member of the Australian Human Resources Institute, Monique has been an invited speaker at the Work and Organisation Studies Society at Sydney University and has mentored a number of HR graduates from the university into their profession. Monique and her family support and serve various Australian charities.


Sunny is a registered Architect with a broad spectrum of international exposure having graduated from California State University with a Bachelor of Architecture (Hons.) in 1993 before returning to Hong Kong.

Initially working as a project Architect for 6 years, Sunny then moved to site based roles working in contract administration and specializing in theme park projects. In 2002 Sunny joined Design Landscapes as a project manager taking responsibility for developments in Mainland China and then for projects within Hong Kong, concentrating on the company’s contracts associated with the Hong Kong Disneyland Resort development.

Sunny has a sharp eye for the details in construction and easily applies his knowledge and design training to the hard landscape and theming aspects of the company’s work. Sunny took over the role of General Manager of the Suzhou office in 2006 and added the Hong Kong office to his list of responsibilities in mid 2007.


Paul is a senior estimating, contracts and construction manager with over 20 years’ Australian and international experience in landscape construction. With a Higher National Diploma in Contract Management Landscape (from Kingston University & Merrist Wood College, London) as well as an Urban Irrigation Certificate from the University of Western Sydney. Paul joined Design Landscapes in 1996 as an Estimator/Project Manager. He currently leads our Estimating and Business Development team.

Paul has worked on projects including the Asian & Elephant Precinct at Taronga Zoo, multiple Olympics projects at Homebush Bay, Shadforth Wetlands at Shellharbour, Blackwattle Apartments at Glebe, Warringah Mall at Brookvale, The Elan Building at Kings Cross, The Central & Northern Parklands at The Ponds and Sydney Park Water Re-Use at St. Peters.

Paul has led and worked with teams that have won international (BALI) awards for works including Euro Disney Theme Park in Paris and Cannon Street Station Roof Garden in London.  Locally, Paul has received awards from the LNA for Jacksons Landing Public Domain Waterfront at Pyrmont and Tote & Joynton Park, Victoria Park at Zetland.


Duncan is a qualified Landscape Architect with more than 15 years’ experience in both commercial and residential design, project management and business development. He holds a Bachelor of Built Environment (Landscape Architecture) degree as well as an Advanced Diploma in Project Management.

After previous roles in both NSW and QLD in the landscape design and construct sectors, Duncan joined Design Landscapes in 2009 as a Project Manager. Duncan established Design Landscapes operations in the ACT; regionally managing a variety of projects including the Edmond Barton early works, Harrison Secondary school (which included playing courts, rain gardens, covered walkways and other sheltered areas and an amphitheatre) Wright residential Estate (including a soft neighbourhood park and playground, softscape buffer and off form retaining walls) the Pod Playground at the National Arboretum, Student accommodation at the University of Canberra and neighbourhood facilities at Springbank Rise estate.

Duncan was awarded the inaugural Project Manager of the Year (2013) by the LNA honouring his excellence and contribution to the Pod Playground at the National Arboretum. He coaches football at St Vincent’s College Potts Point as well as for Balmain District Football Club.